A few comments on the football front 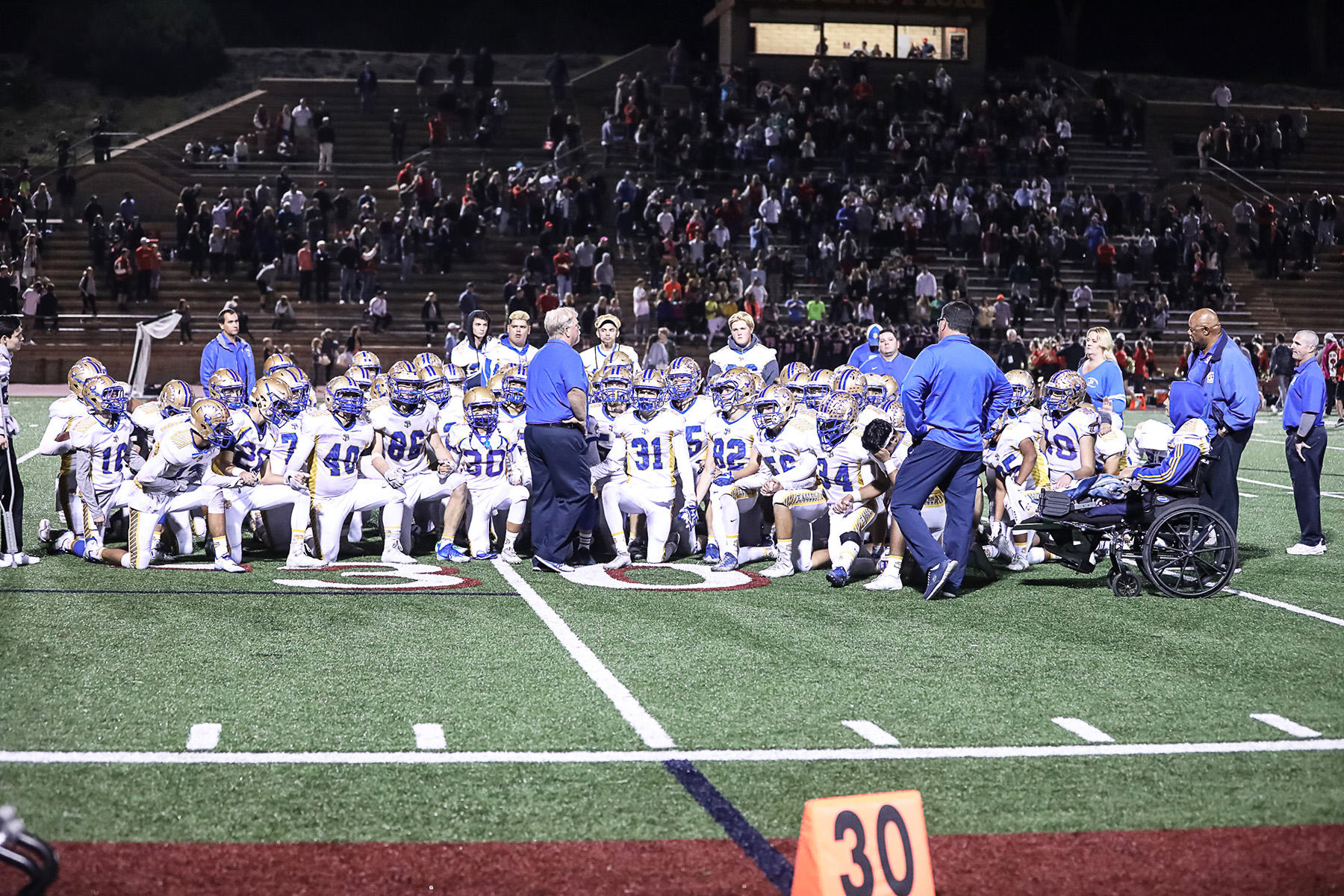 With high school play well underway, the college season having just kicked off and the pros about to begin their slog of a 16-game regular season, it seems an appropriate time to make a few observations about the current state of affairs.

Locally, the prep team that has gotten off to perhaps the most surprising start has been Orange Glen (3-0). The undefeated Patriots have been racking up points at an impressive rate as evidenced by their 45-14 and 47-7 victories over Clairemont and Hoover. Shifty Cael Patterson has been one of the most prolific running backs in the County while amassing 713 in all-purpose yards. If the Pats’ defense spearheaded by linebacker Julien Lesa (12 total tackles) and active lineman Carlos Galan (11 stops) remains a factor, OG might fashion a year that far exceeds preseason expectations.

San Pasqual is another team that has been showing well in the early going. The Golden Eagles, behind interceptions from Masato Thompson and Conner Henson, pitched a shutout against Westview 20-0 this past Friday night. In its two victories, SP has yielded a mere seven points.

A rather unexpected result from last week involved Calvin Christian. A team that has been a heavyweight in the 8-man ranks in recent years, the Crusaders traveled north and suffered through a surprising 50-0 loss to Hesperia Sage Oak.

Turning to the college scene, the smart money figured that host Stanford, returning a plethora of starters, would exact revenge for a loss last season and get the better of San Diego State. Not surprisingly, that’s exactly what went down. Though the Aztecs hung tough for a while, eventually their secondary got torched with elite wideout JJ Arcega-Whiteside playing the role of tormentor with touchdown grabs of 38, 19 and 80 yards in a 31-10 Cardinal victory.

On the bright side for SDSU, junior running back Juwan Washington looked like the real deal while rushing for 158 yards and a score. But some breakdowns on the back end could be cause for concern and though many prognosticators believe State is destined for another big season, that remains to be seen. An upcoming game with respected Boise State could be the tip off on just where the Aztecs are headed.

Finally, it almost feels treasonous to be still discussing the Chargers who callously vacated the scene. Admittedly, some of the players are greatly missed but getting Dean Spanos out of town has done wonders for improving San Diego’s air quality.

Plenty of pundits are sky high on the Bolts because of their offensive upside with savvy QB Phillip Rivers and playmakers Melvin Gordon and Keenan Allen leading the way. The late addition of veteran tight end Antonio Gates also makes it seem as if the gang’s all here.

And on defense, L.A (I still gag while writing that) is loaded with stud ends Joey Bosa and Melvin Ingram to go along with a topflight cornerback Casey Hayward.

At first glance, the schedule appears highly negotiable and with an AFC West Division that seems diminished, the Chargers could very well rule the roost. Some are even touting the Bolts as bona fide Super Bowl contenders. But with their recent history of gagging when it matters most, it’s hard to buy into that line, at least at this stage.

Does a significant amount of the San Diego populace even care about what the Chargers are up to now? Though there are definitely pockets of interest, it’s really hard to ascertain how extensive is that support. Like dealing with the breakup of a former sweetheart, everyone handles the departure of the Bolts in their own unique way.

As for this writer, no offense but it’s just too hard to wish them well. Because when it’s all said and done, you can’t separate the Chargers from Spanos and who wants to see anything he’s connected with flourish? With the calculated way in which he hosed over America’s Finest City, he’s deserving of contempt and little else.