A Dickens classic with a clever twist 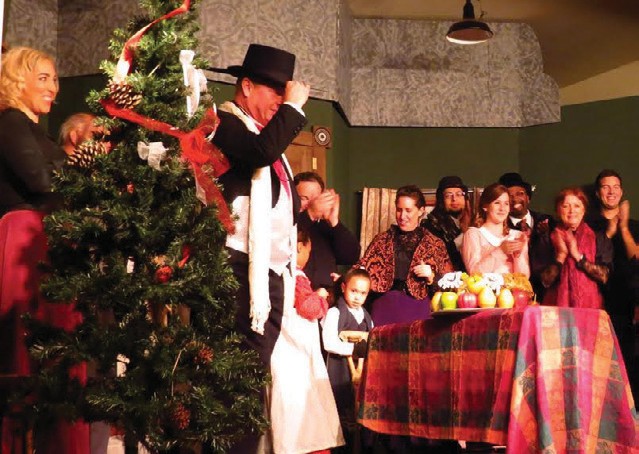 The North County Players will perform “Mr. Scrooge & Mr. Dickens” starting today at the San Marcos Civic Center. The play, which brings Scrooge and his creator, Charles Dickens, into dialogue together, runs through Sunday.

“After nearly ten years, we’ll be putting Scrooge on the shelf,” noted the play’s writer/director, Charles Carr, a writer for the Union-Tribune and many other outlets, “and begin working up a brand new holiday show.”

“Mr. Scrooge & Mr. Dickens” is billed as a faithful adaptation of the beloved Dickens classic with a unique embellishment: Charles Dickens himself appears on stage to read sections from the work — primarily passages describing the people and places of Victorian England, an aspect generally lost in adaptations of the work.

“Thousands of Southern California residents have attended North County Players productions,” Carr said. “An essential component of each of our shows is that ticket pricing be as affordable as possible.”

Tickets are $12.50 and $7.50 for children, seniors, and military. The production is funded by grants from San Diego County Supervisor Bill Horn, the San Marcos Community Foundation, and the H.O.M.E. Foundation.

All proceeds from this year’s shows will benefit local nonprofits including a Veterans of Foreign Wars Christmas charity. See northcountyplayers.org.

“Got a young one who doesn’t think they’ll like live theater?”Carr quipped. “Tell ‘em it’s in 3-D!”