A Christian’s sense of hearing 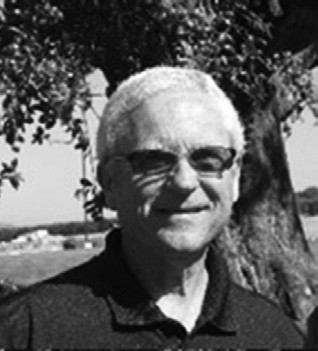 We have a dog named Fancy. She is mid-sized, white with a pink nose and possessed of an excellent disposition. In her prime, Fancy was quite athletic and full of energy. Don’t tell our other dogs, but Fancy is my wife’s favorite.

The years, though, have crept up on our loyal canine. She doesn’t jump anymore and must be lifted onto the couch where Patty sits. And she contemplates for a full minute before jumping down from the couch.

Fancy’s flatulence issue has grown with age; she can drive a crowd from a room! But she is healthy enough, and every once in a while we will see the young Fancy break through with thirty seconds or so of joyous prancing about. (I swear she appears to be laughing during those moments.)

Sadly, we began to notice several months ago that Fancy’s hearing was gone. She was pawing at the door to gain access to our den one evening, but when I opened it for her she was looking the other way. I called to her several times (I was no more than a couple feet from her), but she did not even lift an ear and her gaze continued fixed down the hallway.

It was only when I placed a hand on her back that she realized I was there and followed me into the room.

There are times of course when we are not close enough to touch the dog but need her to obey a command, particularly the command to “come!” So one evening when I had taken her out just before bedtime and had become impatient with her lollygagging, I began clapping my hands. And she turned and looked at me and then followed my motioning to come into the house!

I don’t think she heard my clapping with her ears but perhaps sensed motion or the vibration in the air. She was hearing in a different way! As a result, if we now want to get our pet’s attention for anything, we clap. And she “hears”!

I think of this “hearing” issue this week because of a woman, Pilate’s wife, noted in Matthew 27:19. When Jesus was being accused by the religious elite before her husband, she sent him this message: “Have nothing to do with that righteous man; for last night I suffered greatly in a dream because of him.”

I am not sure how Matthew got his information about this dream and the note to Pilate. Some believe that Pilate’s wife later became a Christian. She may have then related the story. Or perhaps one of the servants in the household circulated the anecdote.

One thing I am fairly certain of is that that woman had an ear for things spiritual. Such ears need to be trained, and God starts the training with what we can receive, not with what we can’t hear.

A young boy named Samuel heard his name called three times in the night. Thinking it was his master, Samuel arose and went to him. Twice Eli replied that he had not called and told the boy to go back to bed. But the third time, Eli discerned that it was not his voice that Samuel heard calling but the voice of the Lord himself. So the priest instructed Samuel that, when next he heard the voice, he should respond, “Speak, for your servant is listening.”

And that was the beginning of Samuel’s mighty prophetic ministry. Pilate’s wife received a message of God in a dream. Samuel heard voices in the night. King David and others heard God through prophets.

The Bible declares that God speaks through the heavens (Psalm 19:1–3). God communicated a vital message to Peter using a heavenly vision (Acts 10:9–20). And of course the Bible is the foundational method God uses to stir our soul, guide us in the way and reveal the truth about Jesus and the LIFE he has provided for us through his sacrifice. (Read Psalm 119, Hebrews 4:12 and 2 Timothy 3:16 this week.)

But the point is that God communicates in many ways according to our ability to hear, but to hear we must use what ears we have to listen.

Listening with you!
Pastor David