Holiday celebrations began in the Capitol in 1869 when the building first opened.  Past Governors decorated the Capitol with wreaths and their offices with trees, but in 1931 the tree was moved from the Governor’s office to the Rotunda and later to a spot near the Lt. Governor’s office, where it remained until 1984. Concerns about fire safety voiced by Joint Rules Committee Chair Louis Papan resulted in the tree being moved outside, where it has remained ever since, even though Assemblyman Papan got some flak about why he `decided to cancel Christmas.’ Despite a brief hiatus as a `Holiday Tree’ under former Governor Gray Davis, Governor Arnold Schwarzenegger, who succeeded Davis, decided the tree was indeed a `Christmas Tree.’

Though the annual Christmas Tree Lighting Ceremony in Washington DC is well-known, many may not be aware that a similar ceremony continues to take place each December in Sacramento at our State Capitol.

Seven-year-old Kiran Dong of Valencia, born with Prader-Willi Syndrome, a rare genetic disorder, helped light the tree, which is illuminated by 10,000 ultra-low LED lights and decorated with over 900 hand-crafted ornaments made by children and adults with developmental disabilities from the state’s developmental and regional centers. Ceremonies included performances by the California Army National Guard’s DET 1, 40th Infantry Division Band, Brass Quintet, along with students from the Oakland Military Institute and St. Paul’s Baptist Church Choir.

And so, our Capitol Christmas Tree remains a beacon of peace and joy in tumultuous times. 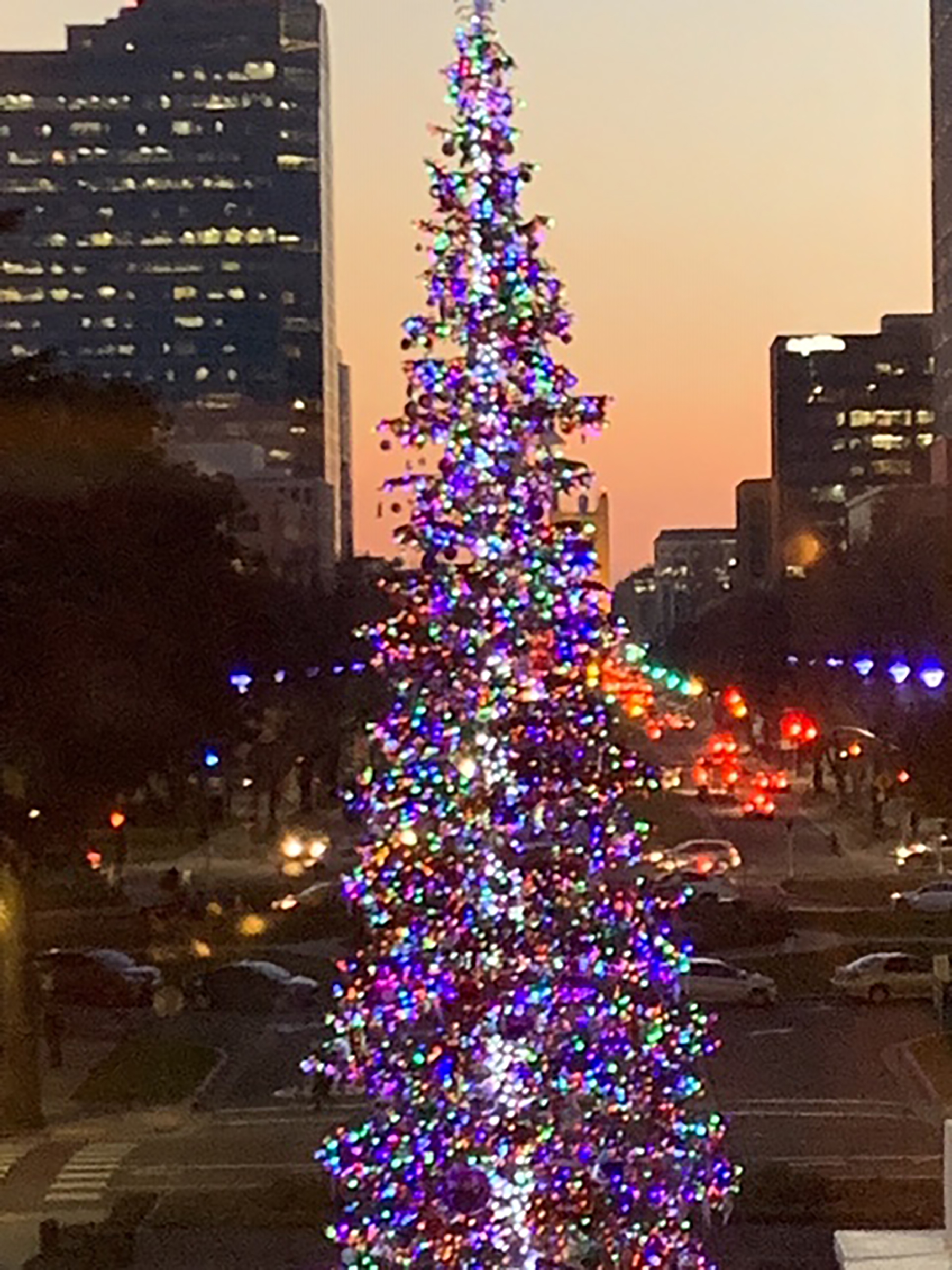 The 3-legged golden gooseUsed to be the GOP . . . now, just a constant ‘NOPE!’One of the greatest players