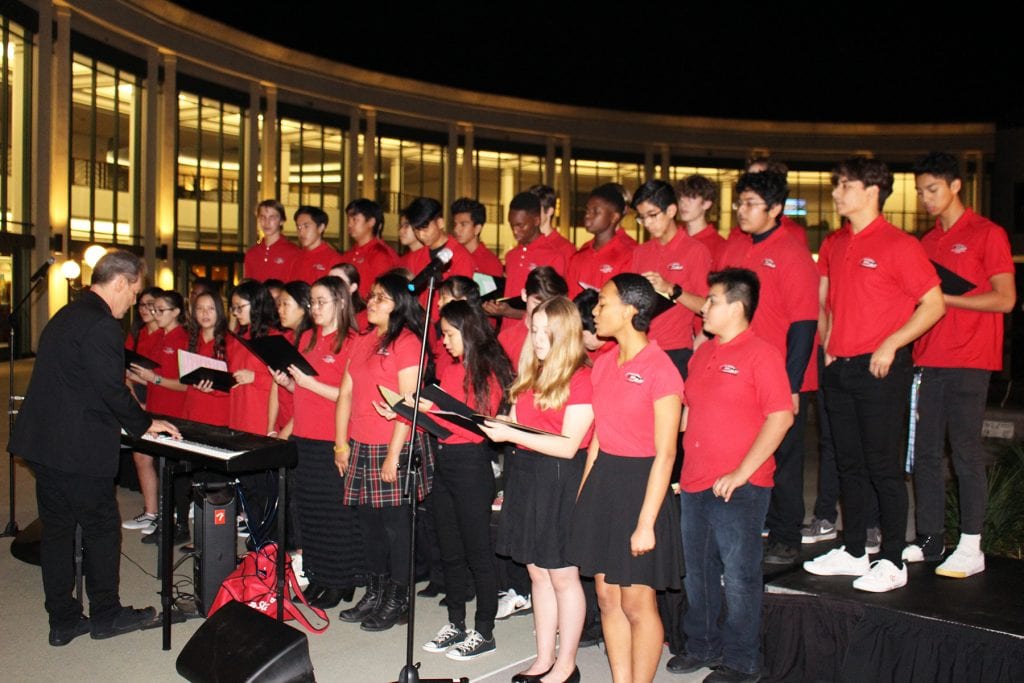 Three choirs provided Christmas music during the Community in Unity.

Over a dozen of Escondido’s restaurants, breweries, and purveyors provided the wine, food, and beer for the 9th annual Community in Unity that was held under the rotunda of the Escondido City Hall Thursday evening.

The LIVE Christmas Tree was donated by Laura Hillebrecht of The Farm Stand West; 15 feet tall, 500lbs, and the largest and most beautiful tree ever at Community In Unity. It is still there at City Hall under the rotunda and the perfect place for people to take the Holiday and Christmas photos, said Chris Cochran of the Escondido Chamber of Commerce, which put on the event. The tree came from Oregon, and Cochran, who helped decorate it, said that climbing to the top of it was one of the most frightening experiences of his life.

Many of the children in the program come from low income families and they can’t afford to put their kids in a sports program.  PAL runs three basketball season per year.  The ages children in the program are 7-18 years old.  PAL also conducts Safety Academies for children from the ages of 6-13 years old. PAL also supports the Escondido Police Children’s Christmas Party that is a party for children who are low income or who have been a victim of physical or sexual abuse.  The money from the Chamber will be used to help us run all these programs.  No salaries are paid from donated funds so all donations benefit the children and community,” said Owens.

Also benefiting from the event was Rady Children’s Hospital.

One of the speakers at the event was Escondido Mayor Paul McNamara, who gave kudos to the Chamber for being an engine for the local economy. “It’s more than economic development, it’s taking care of the community. The Chamber is doing a great job,” he said. 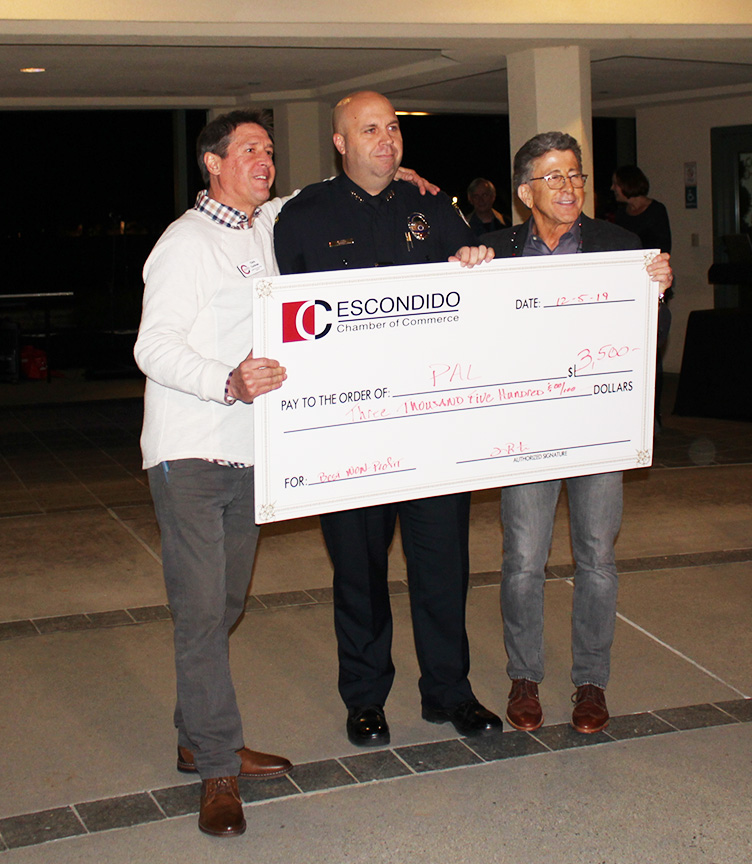 Chris Cochran (left) and James Rowten (right) of the Escondido Chamber of Commerce present a check for $3,500 to Assistant Police Chief Ed Varso, representing the Police Athletic League. The check presentation took place during the Community in Unity event Thursday at City Hall under the rotunda. The money goes to support the PAL’s programs and initiatives. “At some point you have a chance to intervene for the good in someone’s life,” said Varso. 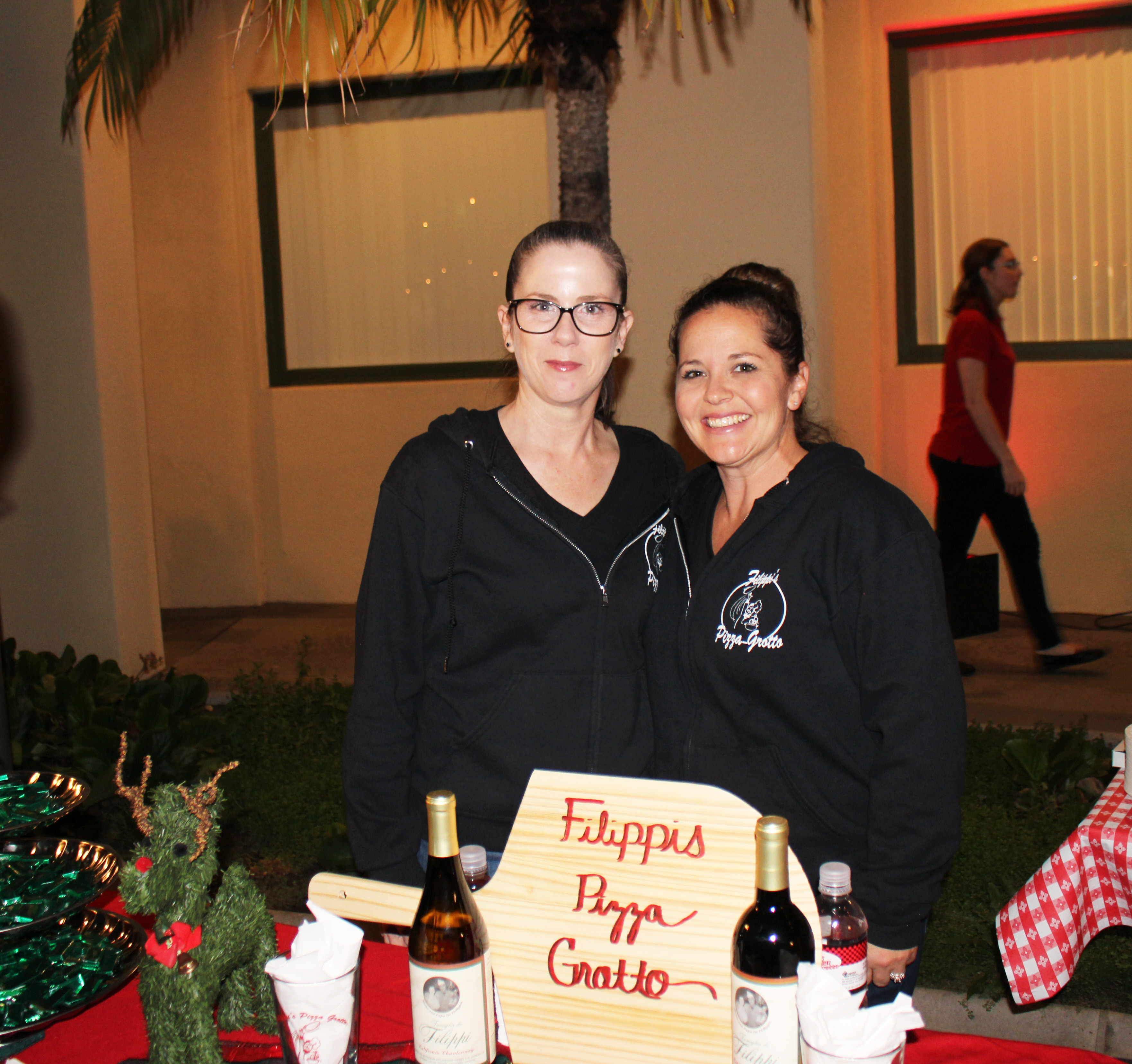 Representatives of Filippis Pizza Grotto serving slices of pie at Thursday’s Community in Unity event. They are from left Diana Gil, general manager and Jennifer Steinmetz. 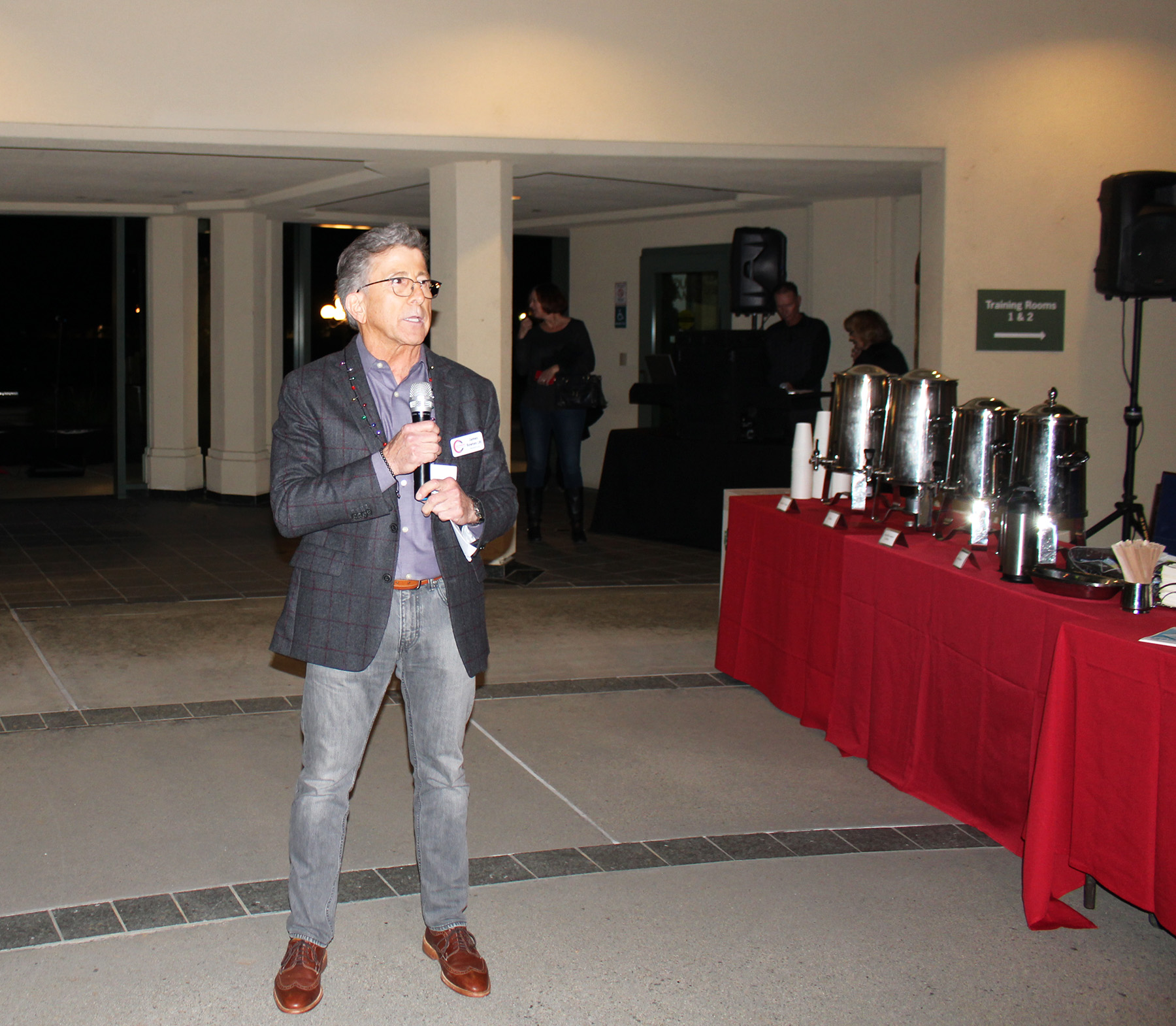 James Rowten, CEO of the Escondido Chamber of Commerce, welcomes visitors to the annual Community in Unity Thursday. 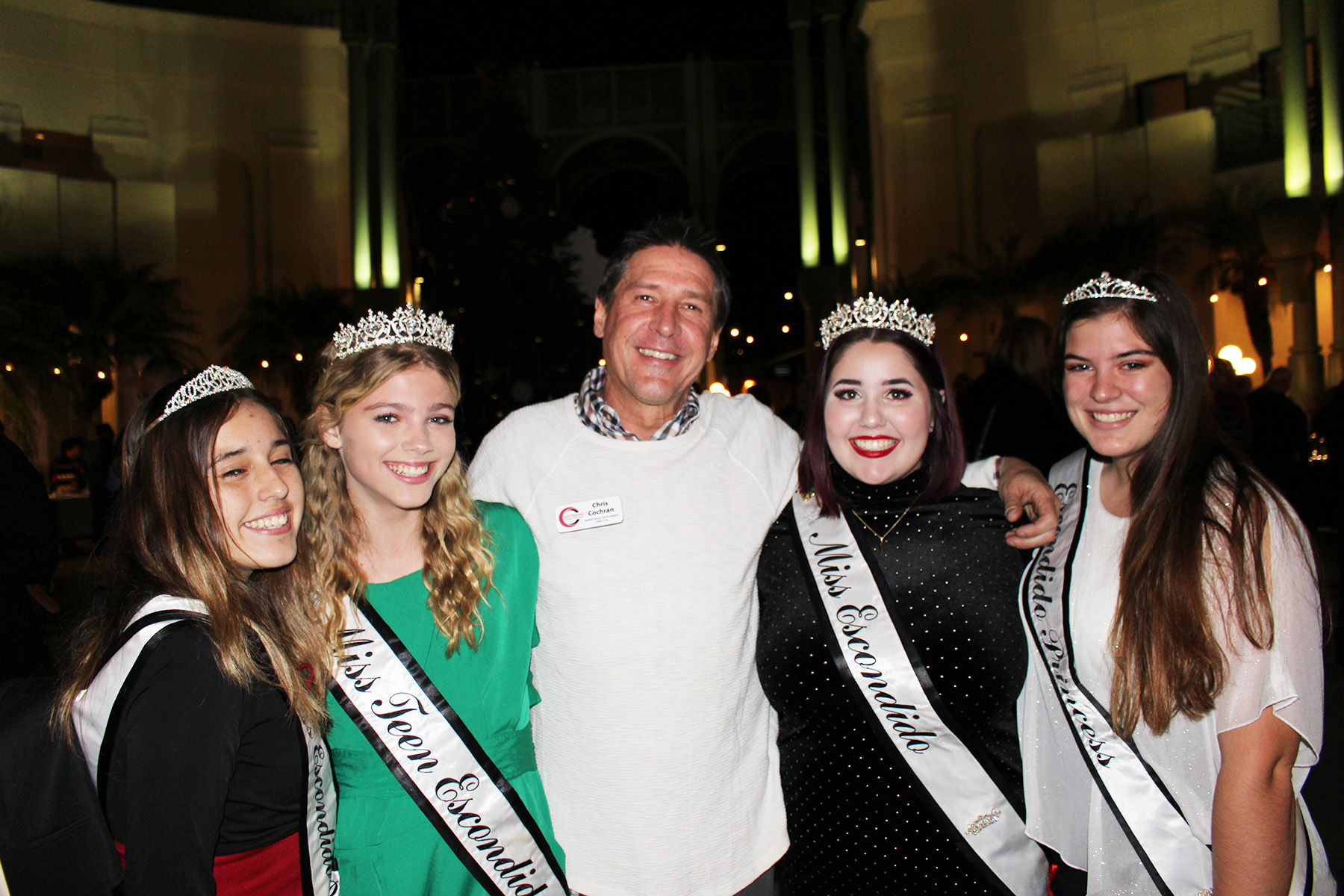