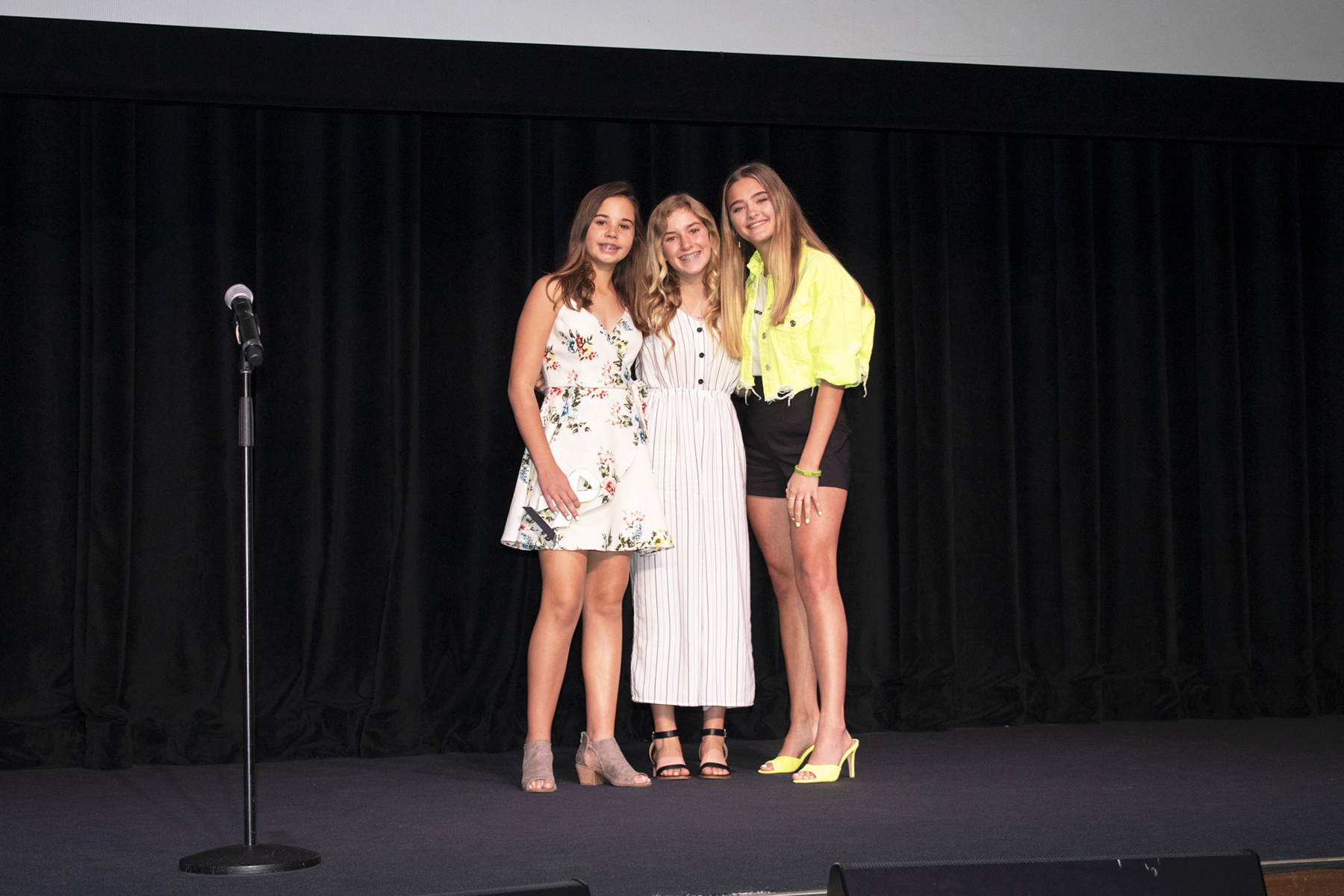 The young filmmakers of “How to Help a Friend,” from San Pasqual Union High School.

Young filmmakers at two schools in Escondido were among those honored at the 7th annual Directing Change Program & Film Contest awards ceremony on Tues., May 21 at The Theatre at The Ace Hotel in downtown Los Angeles.

Honors were presented to youth filmmakers from across California for their short films to raise awareness about mental health and suicide prevention. Actress Justina Machado, star of the reimagined TV classic “One Day at a Time” was honored for her portrayal in the “Hello Penelope” episode. Also in attendance were California Secretary of State Alex Padilla, his wife and founder of FundaMental Change Angela Padilla, “A Million Little Things” actress Lizzy Greene and “The Fosters” actor Kalama Epstein.

Participating students competed by submitting 60-second films in three categories: suicide prevention, mental health matters and Through the Lens of Culture, a category that encouraged participants to choose suicide prevention or mental health as a focus, but with additional requirements including creating a film in a non-English language and/or with focus on how different cultures view these topics.

Additional categories include two 30-second categories in Animated Short with the focus of suicide prevention, and SanaMente where participants entered Spanish-language films to promote mental health in the Latino community. New this year is the Walk In Our Shoes category designed for middle school students only. As the category suggests, it instructed youth to create a 60-second film to help others develop compassion for the challenge’s others might be facing and demonstrate what actions can be taken to support them. 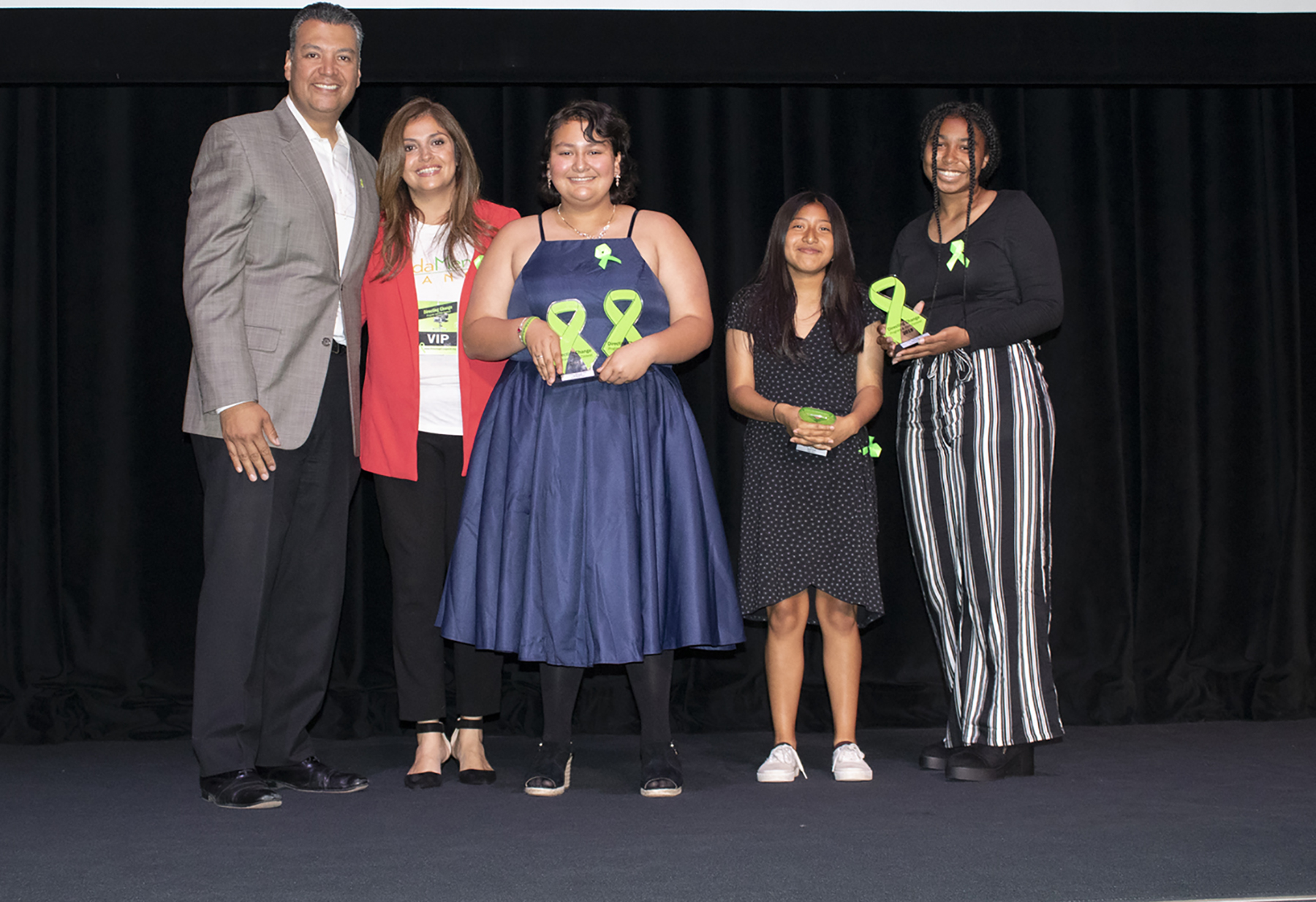 Filmmakers from Mission Middle School, who made “Anxiety.”

The awards ceremony also celebrates outstanding achievement by directors, producers and actors of film and television who serve as role models to the aspiring student filmmakers in the audience by using their platform to draw attention to mental health. Justina Machado received the Directing Change Award of Excellence for Mental Health Messaging specifically for her portrayal in the “Hello Penelope” episode on “One Day at a Time.” Justina’s compassion for her character as an Army veteran, newly single mother raising two children, struggling with post-traumatic stress disorder was done in a moving and authentic way that provided both humor and seriousness when dealing with sensitive topics concerning mental health.

An audience of more than 1,100 students from 21 Los Angeles-area middle and high schools, family and classmates viewed the films, cheered on the honorees and were treated to a musical performance by students from Encore High School in Riverside, CA, and William J. Pete Knight High School and Highland High School in Palmdale, CA.

To view films and for a complete list of statewide and regional winners, honorable mentions and special recognitions, visit directingchangeca.org. The statewide winners of the 2019 Directing Change Film Contest are Category:  Walk in our Shoes “Mental Health and Words Matter”

Category:  Walk in our Shoes

“The Superhero in Each of Us”