—413 Project “The Game’s Afoot,” is afoot In Escondido 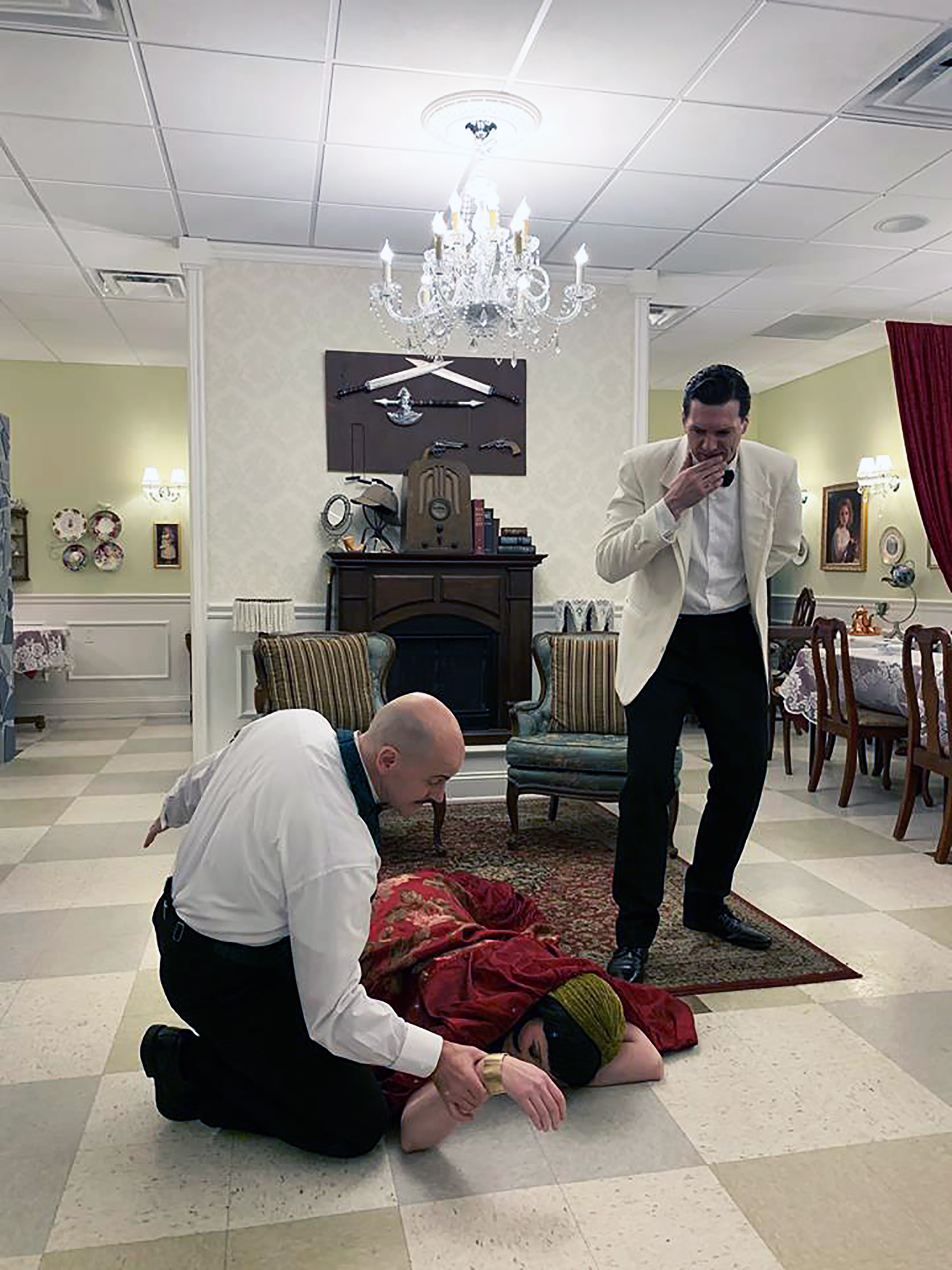 Cast members of the 413 Project’s production of “The Game’s Afoot.”

Well, the 413 Project did it again  no actually outdid themselves with a production of Ken Ludwig’s “The Game’s Afoot” at the Grand Avenue Tea room in Escondido.

Set in the 1930’s, the very funny murder mystery and comedy is full of witty dialogue.  The cast is very talented, amazing, all well practiced at their craft in regional theater, and the costuming is period – exquisite.

Set in the palatial Connecticut Wheeler home, the plot centers around actor William Gillette (Robin Thompson) who is the victim of an assassination plot.  Only wounded, fortunately, he then adapts his stage “Sherlock Holmes persona” to try and solve the mystery of his misfortune.

However, by play’s end we are still not sure really “who done it,” or if they “done it’ at all as the dead Daria Chase keeps moving about in a surprising fashion for a dead person.

The play is set in the marvelous Grand Avenue Tea Room (145 W. Grand Ave., Escondido, and guests are up close and personal with the actors and are feted to a high tea complete with champagne and scrumptious goodies.

It will be an evening of amazing entertainment and great food!

“The Game’s Afoot” runs through February 23. Tickets can be ordered by going to The 413 Project Web-site. Hurry as many the remaining performances are already sold out.