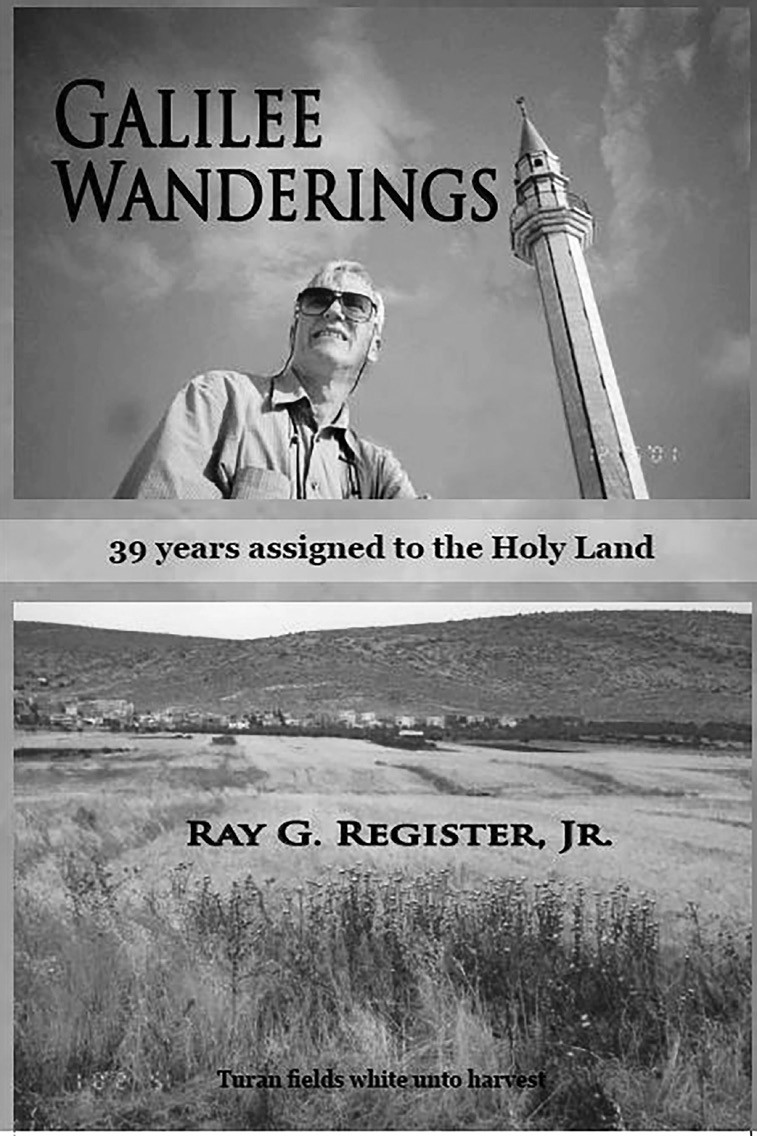 The cover of “Galilee Wanderings.”

ADDITIONAL JOB FOR THE CHIEF — Escondido Police Chief Craig Carter was named to the California 9-1-1 Advisory Board by Governor Jerry Brown on November 21. Carter has headed the Escondido Police Department for three years. The panel advises the Telecommunications Division of the Department of General Services on policies, practices and procedures for the California 911 Emergency Communications Office. It offers advice on technical and operational standards, training standards and other issues. Carter is also president of the San Diego Police Chiefs and Sheriffs Association. * * *

A LOCAL “EMERGENCY” — Clarke Dailey, Escondido bon vivant and man about town, put out this amusing little post on Facebook after the wet stuff started falling on Monday: “I have not been online all day due to the local emergency. At 0622 this morning, 21 November 2016 I was awoken and advise of the current status in Escondido and surrounding communities. I was briefed by several officials as well as receiving phone call and text messages from friends wanting my advice on what to do next. But I first had to figure out what was going on. “From 0630 til 1600 I reached out to local emergency management officials, traffic engineers, police, fire, local politicians, two scientists from SDSU, a Paleontologist, geologist and a gynecologist. I also did an extensive Google search on the subject. “After collating all of my data and confirming with FEMA, FBI, DEA, CIA and Boy Scouts of America I have concluded with 99.389% certainty that the situation this morning was in fact RAIN. “It is the considered opinion of all of the experts, except 3 out of 4 of the dentists surveyed, that this in fact a normal occurring weather phenomenon. To help cope with this you may: “1. Use plastic or other weatherproof gear to stay dry “2. Use a covering, commonly known as an umbrella – but a newspaper will work. “3. If you normally do not drive very well then it is advised you do not drive during this emergency. “This is NOT a reason to keep your kids out of school and it will not hurt them if they get wet or even play in the liquid. They may even get dirty, this will not hurt them either – but feel free to hover over them to keep them dry.

“This is also not a reason to drive 30 mph faster than normal, just saying.

“Again no need to be alarmed, it will pass.

“This has been a Public Service Message brought to you by me.”

Christian and Muslim faiths from Haifa to Nazareth to Jerusalem to Bethlehem. Prepared with excellent academic training Ray knew the history of the land and its peoples and the great religious traditions.”

Register was a missionary in Israel for nearly four decades and he and his wife Rose Mary raised three children. “They shared their deep faith in Christ with multitudes of people. As you read Galilee Wanderings, you will follow the steps of 39 years of a missionary who traveled every nook and cranny of the land and observed acts of war and deeds of pace and lived alongside those who courageously followed Christ.”