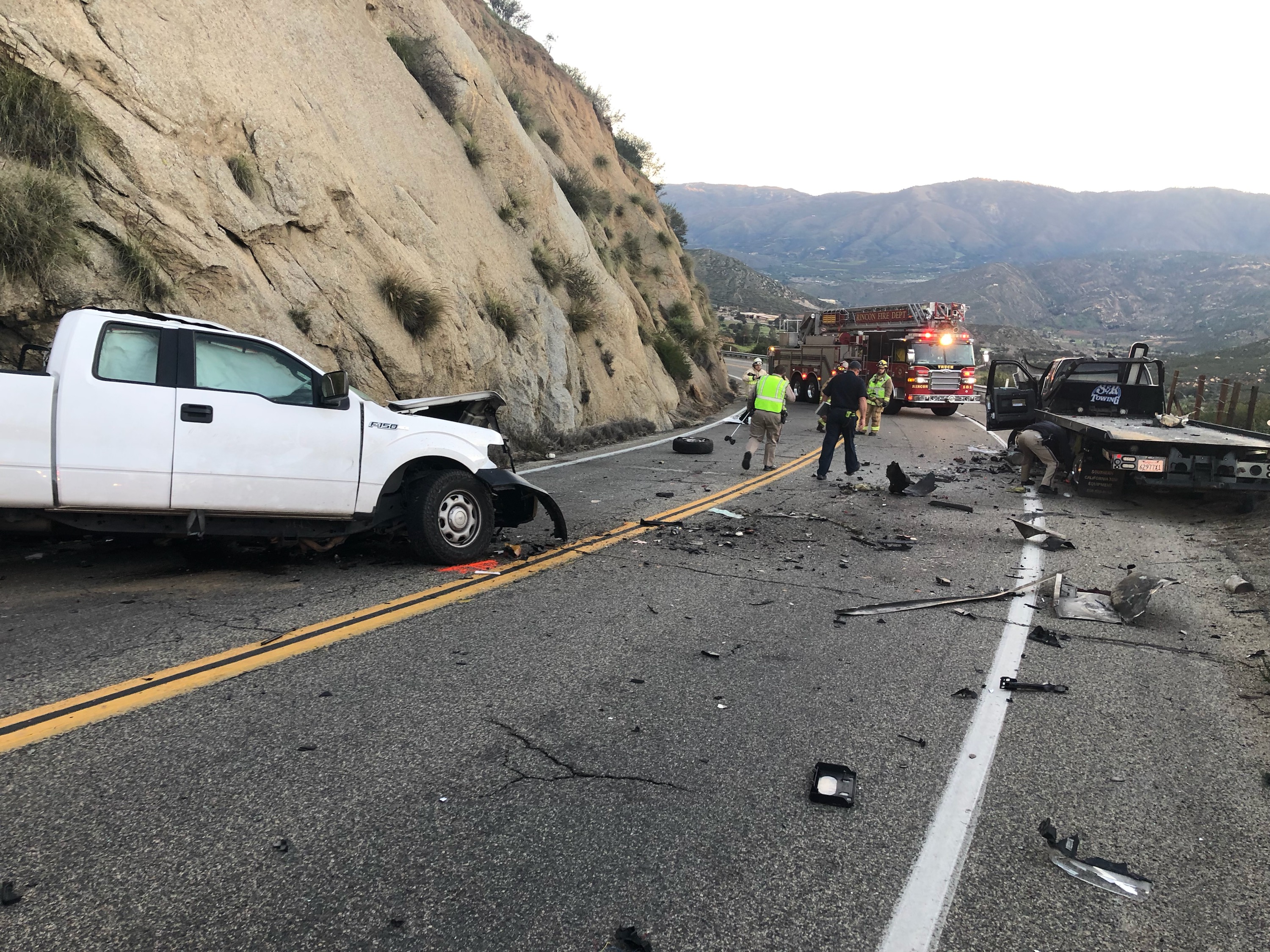 Three Escondido men died in a head on collision Tuesday morning near sunrise on Valley Center Road halfway down the Rincon grade.

The names of the men have been released by the San Diego County Medical Examiner’s office.

The men are: Carlos Bravo Serrano, 30; Cesar Daniel Nino, 22 (who were each passengers in the back seat) and  Miguel Angel Saravia, 44. Saravia was the driver of the Ford F-150 truck.

A fourth man, a passenger, fled on foot and was later located in Escondido.

According to the California Highway Patrol the two vehicle collision took place when a Ford F150 traveling southbound on Valley Center Road crossed the double yellow lines into the northbound lanes and struck a tow truck head on traveling in the opposite direction.

The Ford F150 contained four men from Escondido.  Three occupants, the driver, and both occupants in the rear of the Ford F150 died in the crash.  Evidence at the scene suggests the fatal victims were not wearing seatbelts at the time of the collision, said Mark Latulippe, the CHP information officer.

The accident occurred on the part of the road  which abuts against a cliff that is about halfway down from North Lake Wohlford Road on the way to the reservation.

The collision involved a white pick-up truck and a black tow truck. The male driver of the tow truck sustained minor injuries during this collision and was transported to Palomar Medical Center.

The passenger riding in the right front of the Ford F150 survived the collision and left the scene immediately after.  He was later located at a family member’s home in Escondido.  He reportedly left because he did not have his mobile phone, and is the brother of the driver of the vehicle.

After the investigation began at the scene the authorities identified a third body in the white pick-up truck, apparently in the back covered up— so that it wasn’t immediately obvious.

Alcoholic beverage containers were located within the cab of the Ford F150, some of which were open and or damaged during the collision.  It is still under investigation if alcohol was a factor in this collision, said Latulippe

Officers later in the day (at 5:40 p.m.) located the man they say fled from the scene of a deadly crash on foot. The California Highway Patrol said the man fled the crash on foot, telling officers he didn’t have a phone with him, so he walked to a relatives home. CHP believes the man was a passenger in the pickup truck’s front seat.

The incident remains under investigation.  Should a member of the public have witnessed this collision or has knowledge relevant to the collision they are encouraged to contact the California Highway Patrol at 858-637-3800.

2 responses to “3 Escondido men die in accident near Rincon”