The Las Pilitas sign in Escondido. Photos by Serena Fury

Giant sycamores hover over Las Pil­itas Nursery in Esocndido, creating a canopy of sun-spotted shade. A worker in turquoise blue socks moves from one plot of small plants to another, tending to their needs. Customers walk around looking bewildered.

“Don’t be alarmed at the size of the plants and lack of bloom” Valerie Phil­lips tells one of them. “We don’t grow our plants on steroids.”

Valerie, the nursery manager, shares with customers how plants grow in communities and just as the word com­munity suggests, plants are interrelated.

“So as a community of individu­als support each other and all work off each other,” she says, “plants are the same way, they need the rest of the community to grow.”

“Do not till the soil, do not add any­thing to it,” she says to a customer who has just removed grass and weeds to replace it with drought-tolerant native plants.

“Native plants will change the biol­ogy of the soil,” she tells them, “when you garden with native plants you are recreating an ecosystem.” They also create an ecosystem friendly to insects and animals.

Las Pilitas Nursery sits on 21 acres of woodland alongside Old Highway 395 and the I-15 just north of Camino Del Rey. In the 1940’s the 21 acres hosted prisoners from San Quentin who were used to build Old Highway 395. 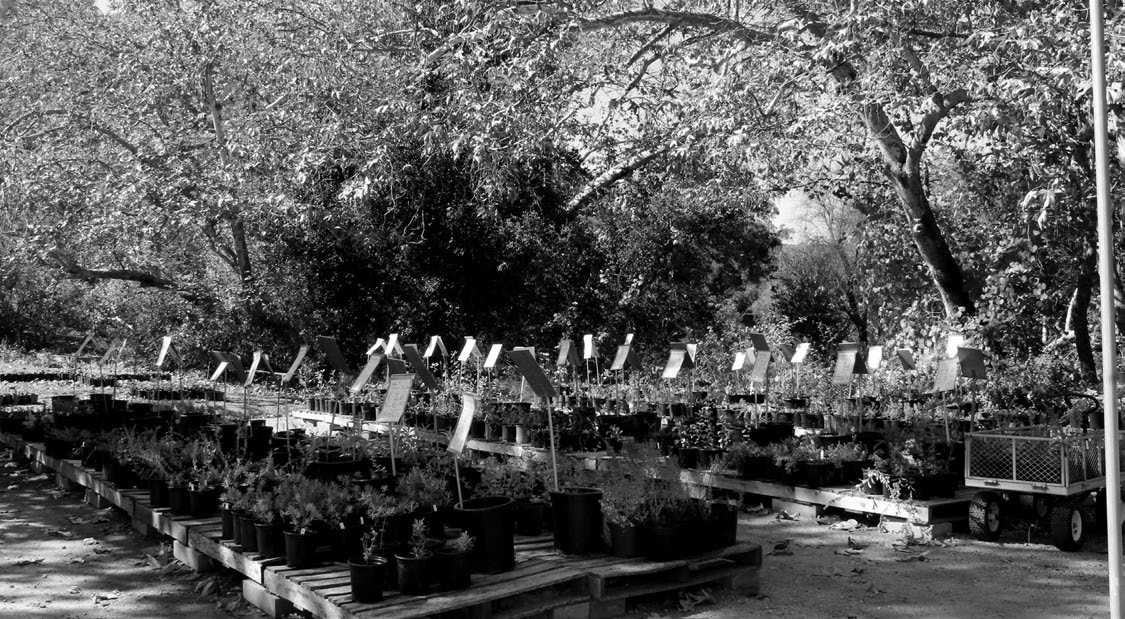 to open the Pilitas Nursery they invited Valerie to work with them. She left her job at the water district in 1999 and a few months later became a nurs­eryman.

She talks about the change that came over her. “I became interested in native plants when I was doing my conservation work. As a public in­formation specialist she remembered many people were asking “how can we save water?”

“I firmly believed that native plants were the answer to conserving water in the landscape,” she says. “This was back in 1995. It’s common sense for one thing and I’m also a native Cali­fornian. I love our back country, I love our wild places and I observe things when you’re in the wild places.”

She saw that oak trees and plants are growing together without anyone wa­tering them. “All the wildlife is there, the plants are healthy, they’re vibrant communities, they don’t need any care other than if you want to groom them a little bit, that’s about it, they’re just natural, it just made sense to me.”

Nursery founder Bert Wilson was a leader in the native plant community. His book “A Manual of California Na­tive Plants is well organized, intuitive, and full of his legendary sense of hu­mor.

The manual has been turned into an 8,000 page website of humorous, light-hearted textbook.

The website pulls you in with it’s colorful photos of California’s natural landscape and its breadth of organized knowledge. The website laspilitas.com is Bert Wilson’s life work.