18 stews, lots of blarney and fun at annual cook-off 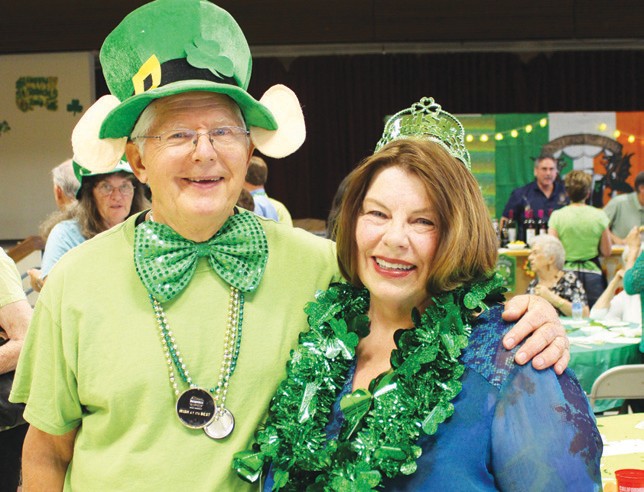 Friends, neighbors and guests, dressed in their finest green clothing, entered the hall, which was transformed, into an Irish Village. All around the perimeter of the village, businesses, service clubs and individual dressed up their tables and served ladles of tasty Irish stews to anyone willing to try them.

Guest could eat as many of the stews as their stomachs could hold. There were also Irish cakes to try and lads from the Knight of Columbus had the Irish pub open with lots of Irish beers to taste.

The attendance was standing room only. Irish Stew Founder, Kathleen McKewan and Tony O’Blazej, Knight of Columbus chairman told the Times Advocate that they were very pleased with the turnout and participation from the community. Not to mention the fund raising efforts to support Valley Center High School scholarships and the outreach ministry.

There are five categories for judging the participants who enter the Irish Stew cook off. First is best Irish stew. Then 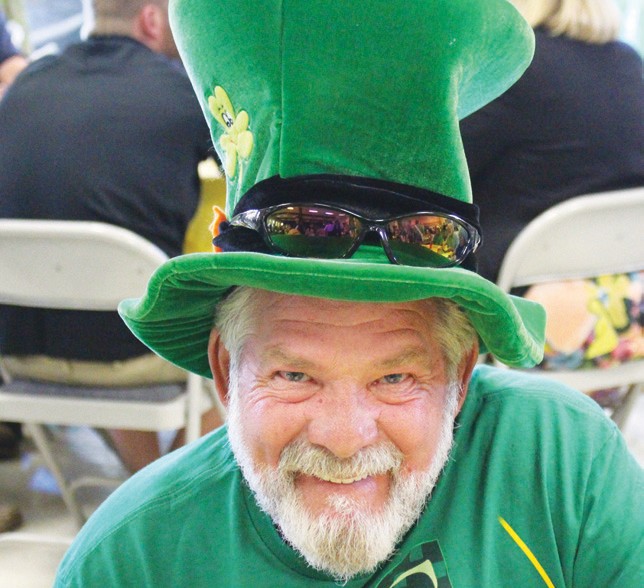 Silly hats are in fashion for one night of the year, at least.

cooks are judged on best table decorations and best bribe for the silent auction.

The winners were as follows: In the Business category there was a tie between Ridgeview Church and Freedom New Promotion.

In the Service Club category the Kiwanis Club demonstrated that its members really know how to cook an Irish stew, as they have won seven years in a row.

Best Table Decorations: Serendipity Hair and Nail Salon were the winners. Jeanna and the girls won on two counts in that they are such beautiful Irish lasses in their short green shirts and that they made their tables true Irish works of art. Ridgeview Church made an outstanding Silent Auction bribe which raised a lot of gold for the scholarship funds.

With more than 50 silent items donated by local businesses and individual, everyone had something great to bid on and raise money for the scholarships. The event was also a platform of introducing to the community both courts of the Miss VC Pageant and the Rodeo Queen and princesses (April 4 at the middle school). Debra Jockinsen of the Miss VC Pageant and Julie Picot from the Rodeo Queen court have their girls help run the event as a community service effort.

VC Chamber President Stuart O’ Holthaus introduced the mayoral candidates for the upcoming election. Each had a 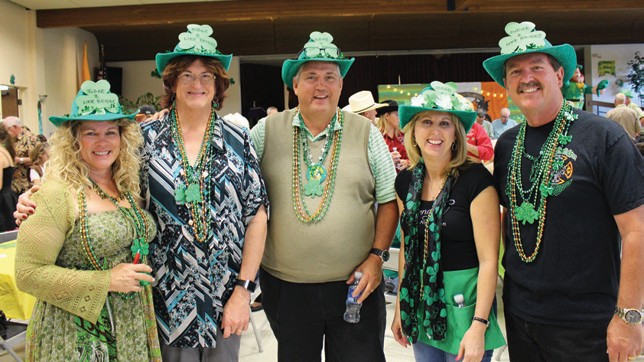 two-minute opportunity to present their tall blarney tales of why they should be should be the next mayor. This year’s contestants are Hank Weldon of the Optimists, Gina Roberts from the Kiwanis, Kami Voertman of the VC Chamber, Oaklahoma for the Vaqueros, Hermit of Hellhole canyon preserve and Diane Conaway from the Community Aid Group of the local Realtors. The winner will be announced just before the Western Days.

The highlight of the evening was the dance presentation of the young ladies from Donna Means King School of Irish Dancers of San Marcos. They were aged from wee little girls to teens. The crowd clapped and tapped their feet as the girls performed their high kick dances.

Plans are already in the making for the 22nd annual Irish Stew Cook Off, which will be held on St. Patrick’s Day, Thursday, March 17, 2016.

Last year’s participants have the first opportunity to come back again to cook. If you have ever wanted to try your hand at entering a stew, now is the time to sign up as next year’s event will be a sell out crowd. Contact Founder Kathleen McKewan at 760-497-7007 cell or text for an application. Stews will be limited to 22 and 11 cooks have already reserved their tables.