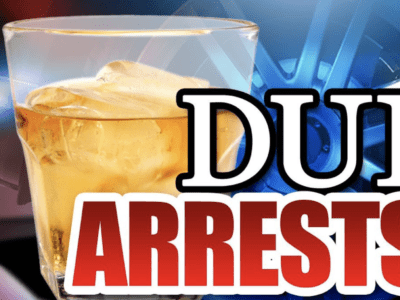 Escondido Police Officers arrested 6 drivers on suspicion of DUI while conducting a DUI enforcement patrol on Sunday, September 27, 2020. While the state’s stay-at-home order is limiting how often people are out, the Escondido Police Department is committed to keeping the public safe when they do need to run essential errands. “Driving under the influence is dangerous, illegal and […] 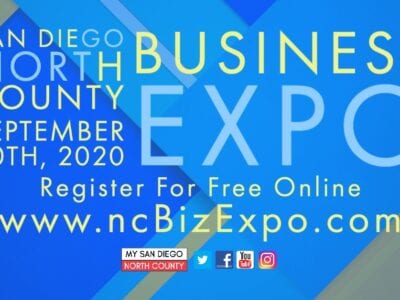 My San Diego North County is sponsoring the 5th Annual Business Expo happening Wednesday, September 30 beginning at 1 p.m. Join the group online for special business presentations and lots of networking. My North County also sponsors the weekly Online Business Networking Tuesday Mornings, 8– 9 a.m.  Register online for the event and use the Zoom link on the event […]

Turning down a grant

The California Department of Traffic Safety Pedestrian and Bicycle Safety offers grant funding to communities to provide safety related services. This grant money does not require using General Fund operational funding. Why does CDTSPBS do this? The department states that, “DUI checkpoints reduce alcohol related fatal, injury and property damage by about 20%.” It gets even better. California is famous, […]

There are similarities between Donald Trump’s re-election campaign this year and Ronald Reagan’s re-election campaign in 1984. The defection of registered Democrats to a Republican whose Supreme Court justices would better meet the desires of the individual Democrats will likely be one of the similarities. There are some differences between the Roe v. Wade decision which legalized abortion and the […]

All too human . . . and not much of a Christian

As we near the November election, it’s impossible to not think about what happened four Novembers ago, and the rather large surprise that resulted. Yes, it’s understandable why many could not vote for Hillary Clinton (though the majority actually did – thanks, electoral college!) given the flurry of images and swirl of words that painted her as decidedly unlikable. But […]

What can we do about wildfires?

This year, devastation from California’s wildfires is at record levels of destruction – about 3.4 million acres already burned!  We have some of the toughest environmental standards in the nation, but our success in reducing greenhouse gas emissions is wiped out by tons of carbon dioxide spewed into the atmosphere by these fires.   The Legislature recently passed legislation to […]

Santa Ana is coming to town

By JAMES ROWTEN, CEO of the Escondido Chamber of Commerce Summer is gone but, we know better here in Escondido. We’re in the beginnings of our Santa Ana season, and caution/alert should be the norm. No need to remind us of what this means and what precautions we should’ve already taken. Just note that if you haven’t taken precautions, please […] 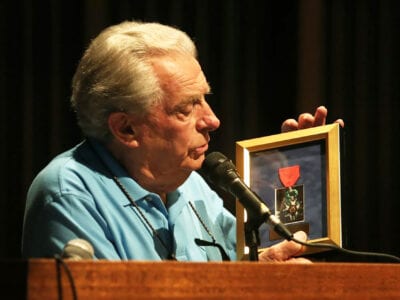 This is the last in a series of biographies of 2020 Escondido Legends presented by the Escondido History Center. Jack Port is a hero of the Greatest Generation.  The other 2020 Escondido Forever Legends are George Cordry, Pete Coscarart, Robert Freeman, Sid Hollins and Jane Trussell.  The 2020 Founding Legends are Juan Batista Alvarado and Clifford “Gavy” Cravath.  Over the […] 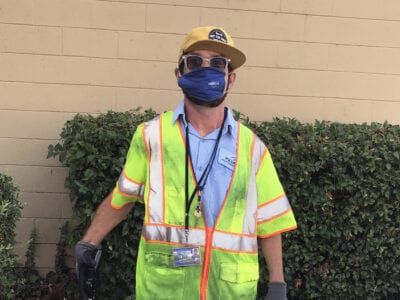 “It’s been twenty-five years on September 28 that I had my car accident,” Dan “The Man” Naylor told The Times-Advocate the other day when we ran into him. Naylor—over the years—has become a fixture in the city, always cheerful, always ready to help. As a child Naylor was hit by a car, an experience that put him into a six […] 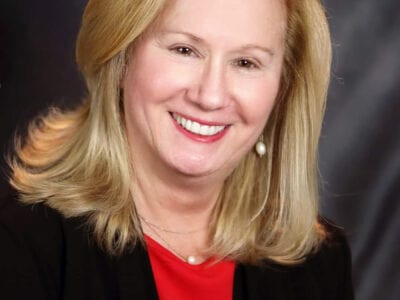 Kate Schwartz is a candidate for California Assembly District 75, running against incumbent Marie Waldron. Born and raised in Sacramento, Schwartz has lived in the district since 2000. She studied clinical social work at Columbia University, concentrating on mental health. Her post graduate training was in New York City and Boston before returning to settle in Bonsall and Fallbrook and […]