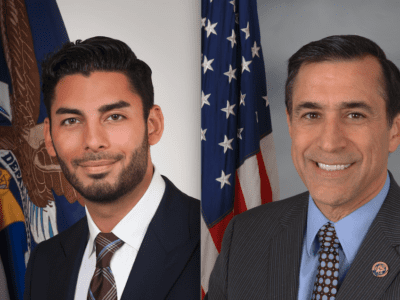 The excitement is mounting as a local poll shows that Republican Darrell Issa and Democrat Ammar Campa-Najjar are running virtually neck and neck in the race for the 50th Congressional District seat.  So it just adds to the excitement that both candidates have confirmed that they will attend the September 30 candidate forum being co-sponsored by the Escondido Chamber of […] 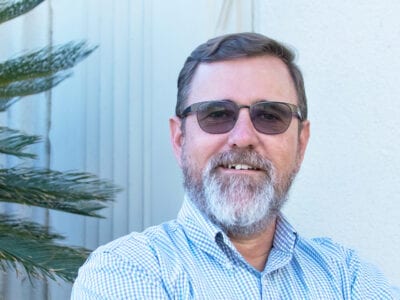 Donald J. Greene is running for the District 3 city council seat currently held by Olga Diaz. The retiring councilmember has endorsed him for her seat. “I ran in 2012 in the last at-large election and would have run again in 2014 when they broke the city up into districts,” said Greene. “I told Olga Diaz I would never run […] 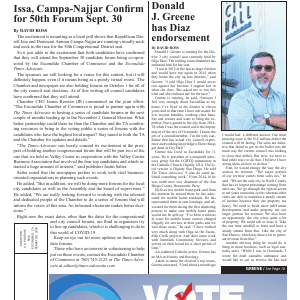