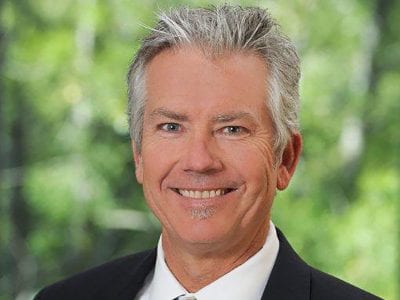 Flags are at half-staff over city facilities this week as the City of Escondido mourns the passing of city councilmember John Masson, who died Tuesday night of cancer.  They will remain at half-staff until Mr. Masson is interred. The city released the following statement Wednesday afternoon:  “The Escondido City Council is saddened to announce the passing of Councilmember John Masson. […] 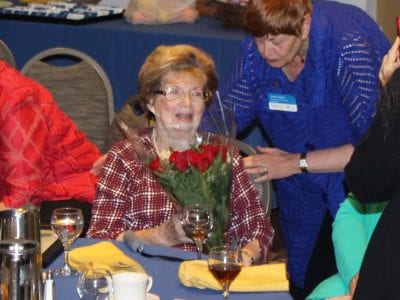 On Tuesday, March 3, Escondido Rotary Club honored its “First Lady” of Rotary, Marilyn Mukomela.  It was a recognition full of love for a woman who first joined the club in 1987. It even included the irrepressible longtime club member Irv Erdos singing “She’s our first lady” to Tom Jones’s old hit “She’s a Lady” and concluding, “That lady’s all […] 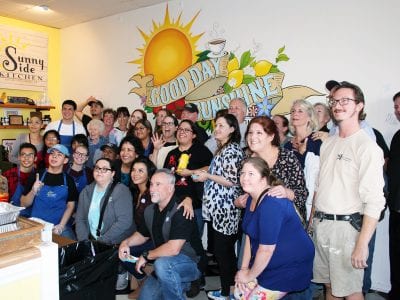 Sunny Side Kitchen held a celebration for friends and well-wishers to mark the fifth anniversary of the popular breakfast and lunch stop, which is located on Orange Avenue near Second.  Bob & Kate Carpenter were joined by more than 50 folks, who had a little difficulty fitting into the modestly-sized eatery, which on normal days doesn’t usually have more than […]