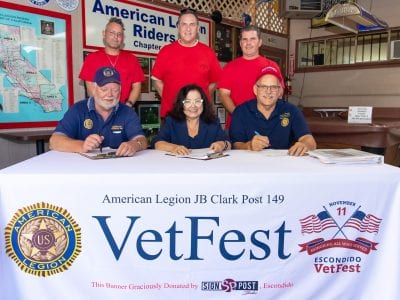 American Legion Post 149 has announced its inaugural Escondido VetFest to take place on Veterans Day, Monday, November 11.  The day’s activities will include a parade along Grand Avenue in Historic Downtown Escondido. The parade will begin at 9:30 a.m. To date organizers have 40 entries for the parade, including veterans from every major war, from World War II to […] 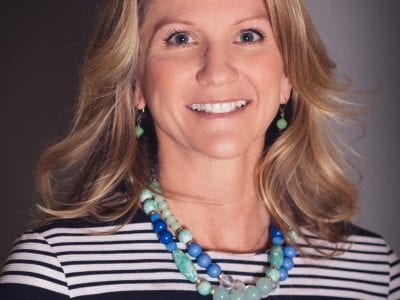 For 13 years Michelle Geller has been the city of Escondido’s Economic Development Manager. It has occasionally been noted that she does the job largely by herself. Next week she will take the same job, but working for the City of Oceanside.   She sent out an email to her colleagues in the city declaring, “”It’s been awesome working with […] 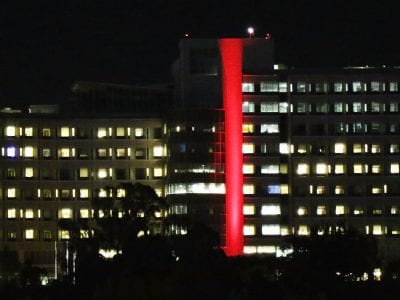 Drivers and others looking in the direction of Palomar Medical Center  in the evening may have noticed that Palomar Health has been lighting up the hospital in red this week in celebration of Red Ribbon Week, which brings awareness to drug abuse. The photo was taken from across the Hwy 78 in the Wal-Mart parking lot. The lights are on […]

City surveying residents to see if a sales tax might fly

The City of Escondido this week is completing a survey of about 800 registered city voters, asking them a variety of consumer-related questions, including quality of life questions, and to gauge how much public support might exist for a sales tax that would help the city address its current fiscal difficulties. Assistant City Manager Jay Petrek told The Times-Advocate that […]

Where have all the old businesses gone?

If you have ever owned and or managed a business you know that the task is not as easy as it may appear to be. Owners spend a lot more time than what hours the business is open. After last week’s column referring to Rube Nelson I began to think about the many businesses that have come and gone in […]

As a member of the Select Committee on Biotechnology and Co-Chair of the Rare Disease Caucus, I’m always looking for innovative treatments that provide the greatest benefit for patients at the lowest possible cost to taxpayers. That’s why I’m enthusiastic about Project Baby Bear, a $2 million Medi-Cal funded pilot program at several hospitals, including San Diego’s Rady Children’s Hospital, […] 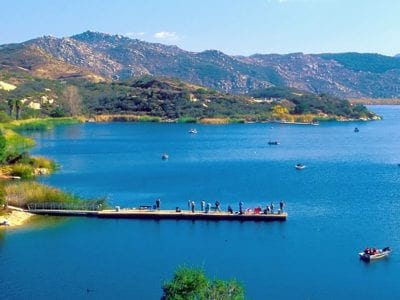 Once the water temperatures cool down a little, the Winter Trout Season will be jumping at local San Diego County lakes, from Lake Cuyamaca to Palomar Mountain’s Doane Pond. Escondido’s two lakes, Dixon and Wolhford, are no exceptions, and are expected to produce some big fish.  Greg Gould, Lake & Open Space Supervisor for the City of Escondido, will be […]

I’m going to cover several business related topics this week,  so please follow along. First, a large “Chamber congratulations” goes out to Escondido’s own Jack Raymond for his latest recognition as Outstanding Fundraising Volunteer by the Association of Fundraising Professionals. The Chamber will be there as Jack will be presented his award Monday, November 4 at their annual luncheon. And, […] 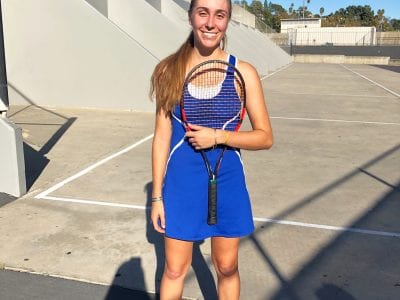 In a match that was worthy of the occasion, Golden Eagle lefthander Acacia Denton outworked Valley Center’s Isabel Stehly in the singles final of the Valley League Individual Girls’ Tennis Tournament held last Thursday afternoon on the courts at San Pasqual High. Denton’s winning margin of 6-4, 6-2 was reflective of her composed style, genuine athleticism and an ability to […] 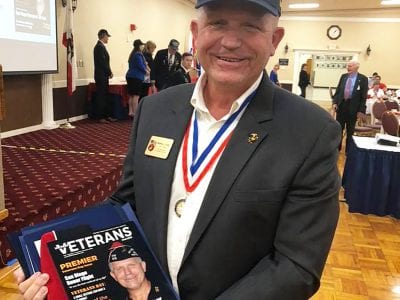 Local VFW will be busy in coming months

VFW Post 1513 will be busy in coming months with salutes to veterans, and the all-important North County Veterans Stand Down that will take place early next year.  We recently interviewed Matt Foster, commander of the Escondido-based post that also serves veterans in Valley Center.  He talked about the various activities that the post is involved with. Veterans Resource Fair […]