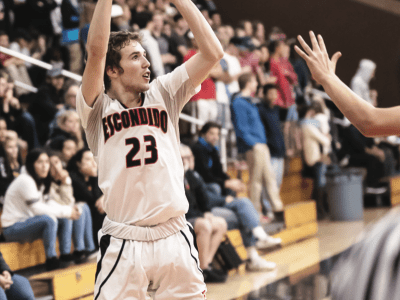 December 29, 2017 was to be a fateful day for both basketball standout Wes Jones and for the team of which he was such an integral part, the Escondido High Cougars. As a result of what happened on that date, things would never ever be the same – either for Jones or the Cougs because a most unfortunate accident with […] 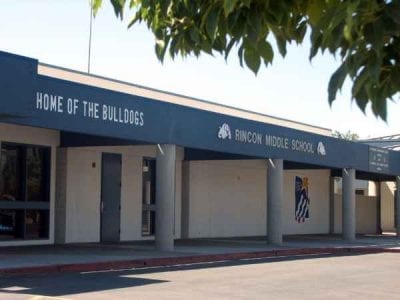 Escondido’s Rincon Middle School has closed for the day after someone made a threat on Snapchat, then shared to Facebook this morning.  The Escondido Police Department is investigating the matter. The middle school put out this message earlier today: “Hello Rincon Families A social media post containing a threatening message was reported to our school. We are working closely with Police […]

The City of Escondido recently declined to apply for federal funds (Community Oriented Policing Services grant) that would have required the Escondido Police Department to cooperate with ICE (Immigration and Customs Enforcement.) The grant of $250,000 from the Department of Justice would have been used to hire two full-time officers for three years. Cities such as Escondido are being put […] 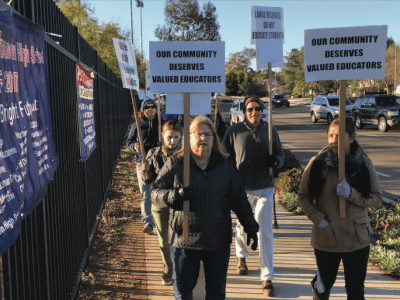 Since September the Escondido Union High School District and the Escondido Secondary Teachers Association have been unable to reach an agreement on the teachers’ contract despite 12 negotiating sessions. Olga West, assistant superintendent of human resources, told the Times-Advocate: “We’re looking at offering something that we feel is fair as well as fiscally responsible for our district. That’s the key, […] 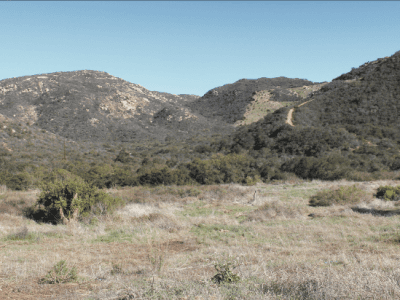 Last week I took a tour of the 1,209 acres where Newland Communities proposes to build 2,135 homes in seven neighborhoods that will mainly be hidden from each other, and from the view of motorists along the I-15 corridor. My hosts were Rita Brandin, senior vice president and development director at Newland, Eric Armstrong, principal, Fuscoe Engineering and Darren Pudgil […]

The federal tax bill passed at the end of 2017 allows the governors of each state to designate eligible census tracts as Opportunity Zones (OZ). Investments made by individuals through special funds in these zones would be allowed to defer or eliminate federal taxes on capital gains. The recently released California OZ map shows two zones designated in central Escondido. […]

Rincon del Diablo Municipal Water District’s (Rincon Water) Board of Directors accepted a refund check for $50,000 at its last regularly scheduled Board meeting from the District’s insurance provider, the Association of California Water Agencies/Joint Powers Insurance Authority (ACWA/JPIA). The check represents a partial return of prior years’ insurance premiums, resulting from the District’s successful efforts to control and reduce […]

In an ongoing effort to address student hunger, Palomar College officials broke ground on the Anita and Stan Maag Food & Nutrition Center on Friday, March 9. Funded by a $400,000 donation, the Center will replace the college’s faculty and staff lounge in the Student Union area of the San Marcos campus. The Palomar College Office of Student Affairs has […]

Is NIMBYism responsible for homelessness?

If you are a NIMBY, or worse someone who never met a development that you liked, anywhere, no how, then you may be adding to the homelessness problem. I know, you may think of yourself as a fearless social justice warrior. You may even be part of the Resistance (I mean, after all, isn’t everybody?) But at the same time […]

Representing everyone in my district and creating solutions that work for all requires working together with my colleagues of both parties in the Legislature. This session I joined several legislators across the aisle to jointly author bills that will benefit millions of Californians. The sexual harassment issue has deservedly received a great deal of attention, resulting in two bills I […]