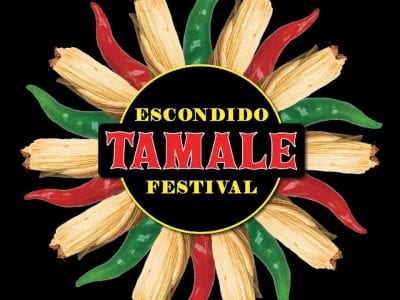 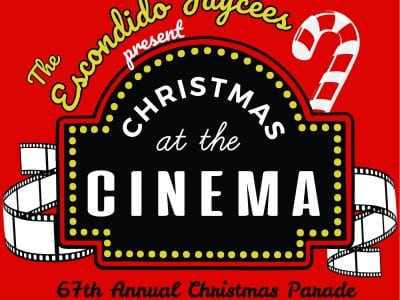 Take two American fascinations, the movies and Christmas, and combine them, and you have the theme of this year’s 67th annual Jaycees Christmas parade, which will be held December 9 along Broadway from Escondido High School to Grape Day Park. “Christmas at the Cinema” is the theme that all entries must at least make some attempt to address. This year […]

The ongoing…and seemingly endless … arguing over the development (or not) of the old Escondido Country Club site has all the earmarks of our national “dialog” on virtually every issue. The diametric opposition of one side or the other as to the merits of the “Villages” proposal too often is cast in entirely emotional terms, where reasoned, thought out logic […]

Since I’m in a historical mood I wanted to comment on reading that the church that George Washington founded (when he wasn’t busy founding the United States of America) has rejected his parentage and has taken down the plaque that acknowledges his participation. Supposedly the reason was that because the Christ Church of Alexandria is “open to everyone, without […]

My brush with history

Last week I participated in a prescription drug abuse forum at Valley Center High School. Representatives from North County Mental Health, the Sheriff’s Department, the federal Drug Enforcement Agency (DEA) and the F.B.I. discussed this growing problem. My initial experience with this issue was during my involvement with the San Diego County Opioid Task force as a Escondido City Councilmember […]

Escondido-area couple. Lisa and Colin Black had their remodeled farmhouse featured in a 14-page spread in the Fall issue of Cottages & Bungalows magazine on newsstands now. The homeowners had enlisted the help of Jackson Design and Remodeling and designer Marisela Contreras to create their dream home.  They desired the rustic, homey feeling of a traditional farmhouse balanced with modern […]

Escondido Art Association held its Reception and Awards Presentation for the 3nd Annual “Celebrate Grand Escondido” 2-D Art Show on Saturday, October 14 at the Artists Gallery on 121 W. Grand Ave.   A total of $1,000 in award money, plus free entries to future shows, was presented to the winners in four categories as follows: Best of Show ($150) […]

Georgia’s School of Dance is marking its 65th year in downtown Escondido, with much to celebrate. First up is a rummage sale fundraiser for the award-winning competition team. The team features dancers who attend numerous local schools, including San Pasqual High School, Bear Valley Middle School, and Classical Academy. The rummage sale is scheduled for 7 a.m. to noon Sunday, […]

Something New Is Happening At Grace Church!

“Behold, the former things have come to pass, and new things I declare; before they spring forth I tell you of them” (Isaiah 42:9, NKJV). “New things I declare…” For the past couple of years, I have been sensing change coming. I wasn’t sure what the change would be, but quite honestly, Faith Harbor Church has endured a great deal […]