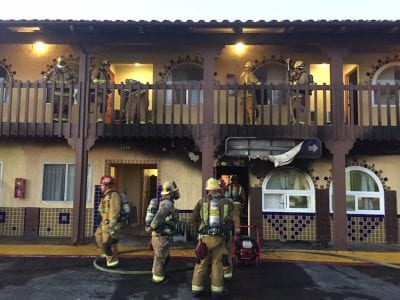 On June 16th 2017 at approximately 4:46 AM, the Escondido Police and Fire Communication Center received a report of a fire at the Hacienda Motel, a two story residential motel located at 735 N Broadway in Escondido. The first arriving unit reported light smoke coming from the North side of the motel. The fire intensity dramatically increased completely involving the […] 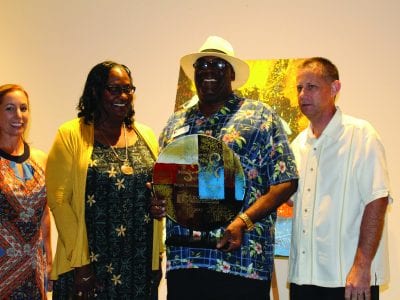 The Escondido Chamber of Commerce Friday night installed officers and honored local businesses and volunteers—all in a breezy Cuban style at the California Center for the Art, Escondido, where the theme was “Havana Nights.” Outgoing Chairman Linda Bailey wished everyone a fond farewell as leader, and was honored for her year of service with awards from representatives of various elected […] 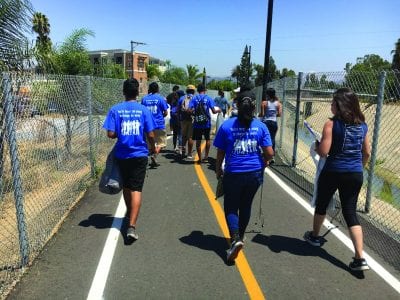 A new grant by the San Diego Foundation will help to preserve the Escondido Creek Trail. The San Diego Foundation’s Opening the Outdoors grant supports collaborative projects that strengthen education and environmental efforts and one of this year’s grantees is the Escondido Education Compact. The nonprofit received a $40,900 grant from the Foundation. Historically ridden with homelessness and gang violence, […] 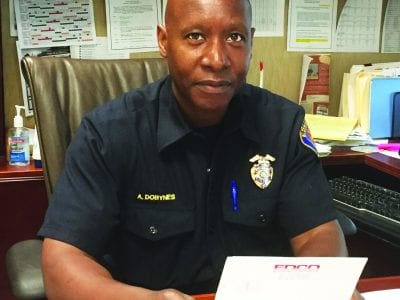 Alphonso Dobynes (he prefers “Al”) performed a variety of jobs for the city before landing at his current post of Escondido Fire Marshal, a position he assumed on March 26. A fire marshal’s job may not be as sexy and exciting, in a “Bay Watch” sort of way, as a courageous firefighter dashing into a burning building to rescue a […]

GEAR UP, an education success story

As the mother of a high school student, education has always been one of my top concerns. That’s why I’m so encouraged by “GEAR UP” — Gaining Early Awareness and Readiness for Undergraduate Programs. That’s a long name for a beneficial program that has helped almost one million low-income students in 48 states, the District of Colombia, and several U.S. […]

When I got into my car this past Thursday, three pretty awesome things happened one after the other: That tiresome engine light that’s been flashing the past couple weeks turned off all by itself, then the song “Satisfaction” started playing at exactly the right volume (extreme) and, after the song ended, former FBI director James Comey’s testimony before the Senate […]

I know from all of the movies and FBI propaganda I have seen all my life that FBI agents are supposed to be tough G-men, unyielding guardians against ethical pressures and able to deal with controversy, strain and pressure like an unbending length of rebar. Think Kevin Costner in “The Untouchables” (although he played a Treasury Agent) or Tommy Lee […]

Editor, Times-Advocate: Reinhofer’s letter was more Democrat babble that I see and hear day in and day out on social media, TV “news”, internet blogs and the so called “Main Stream Media.” His letter was a microcosm of typical Democrat intimidation through rants. Like a child sent to bed without supper he cries to the world that his Democrat Party […]

Letter to the Editor: SUBJECTS THAT ARE THE HEART OF COMMUNITY

Editor, Times-Advocate: Thank you for giving us the opportunity to read about the subjects that are the heart of our community’s many and diverse residents. I love Rick’s writings, clear relevant to me, my neighbors, who most of the time are just too busy to write, research, too tired to even complain.  Your lefty reporter will keep us on our […] 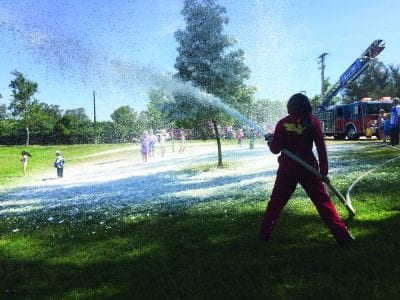 Kids of all ages enjoyed lots of things to see and do at the June 3 Fire and Water Expo at Escondido Fire Station # 4 from 10 a.m. to 2 p.m.  The jam-packed event spilled outside the fire station grounds and onto the surrounding Kit Carson Park area and hosted an estimated 1,500 visitors in the warm sunshine. Just […]