A few days after a prominent Escondido resident spoke passionately at a city council meeting about a homeless encampment behind the police and fire headquarters, officers moved to clear the area of both brush and the homeless. New homeless population estimates are due to be released this week, but last year’s population estimate was about 532. Patti Thompson, who writes […]

A retirement community, the Springs of Escondido, located on Washington Avenue, is taking the city of Escondido to court to stop it from building a Micro-Filtration Reverse Osmosis water treatment plant across the street. January 11, the city council approved by a vote of 4-1 (Diaz voting no) a conditional use permit for the city’s utility department to build the […] 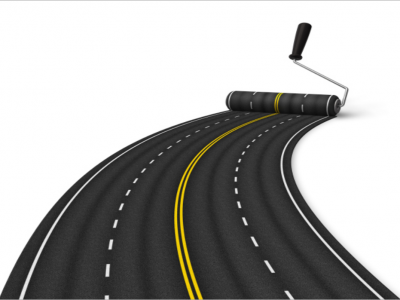 City may have more to spend on roads this year

Thanks to a bill passed two weeks ago by the Senate and Assembly and awaiting signature by Governor Jerry Brown, the City of Escondido may have nearly $900,000 extra to spend on street and road maintenance. On April 6, the Senate and Assembly passed SB1, the Road Repair and Accountability Act.  While the legislation awaits the governor’s signature, the city […]

As many of you have seen or heard, the Governor issued Executive Order B-40-17 on April 7 rescinding the emergency drought regulations.  Rincon Water applauds the Governor’s decision, as it recognizes the significant precipitation California has received the last several months which has filled majority of California reservoirs to full! It also recognizes the contributions conservation has made since 2015, […]

I was the last one or two passengers to board the flight from Denver to San Diego. I was seated in the last row, next to the window. As the attendants were checking every one and preparing to lock down for takeoff, a huge man came down the aisle. The middle seat next to me was the last vacancy, so […]

As a member of the Assembly Health Committee and the bi-partisan Mental Health Caucus, the critical problem of co-occurring disorders: mental health and drug addiction leads to increasing crime and homelessness and ultimately impacts safety throughout California. This session I have introduced two bills which will address treatment issues for inmates in county jails with co-mental health and substance addiction […]

Make it easier to do business in North County

This morning, I attended the 4th Annual North County Economic Summit, held at CSUSM by the North County Economic Development Corporation under the leadership of their new Chief Professional Officer, Mike Cully. The program was packed with statistics and outlooks for our region. Overall, we are in good shape and the future looks promising. One of the featured experts was […]

No fishing at Dixon Lake April 18 – 21 Dixon Lake will be closed to anglers from 7 p.m. Tuesday, April 18 through 6 a.m. Saturday, April 22 in order to maintain the trout stock prior to the 20th Annual Hidden Valley Kiwanis Charity Trout Derby.  There will be no fishing from either the shore, the piers or from boats. […]

Classical virtuosos Minna Han and Joo-in Lee will perform the season finale of the 2nd Saturday Concert Series at Escondido Public Library on Saturday, May 13, at 3 p.m. in the Turrentine Room. Skilled artists Minna Hann and Joo-in Lee have played to enthusiastic audiences across the U.S. and South Korea. They will perform classical duets on piano and violin […]